After This Sermon, I Refuse to Be Indifferent

During Friday evening services, I use T’filah HaLev (Prayers of the Heart) to reflect on my thoughts about the previous week and the days to come. Lately, my thoughts have turned mostly to what is wrong in America. Though prayer may not provide answers, I find comfort in the sanctuary, where I can talk to God and let the Divine know how I feel, without being judged.

At a recent Friday evening Shabbat service, my rabbi spoke to the congregation and, without singling me out, told me I was indifferent. I wasn’t angry at him for saying so – I was angry at myself because he was correct.

Before reciting the Mourner’s Kaddish, Rabbi Howard Nacht took the opportunity to talk about guns and gun violence in America, addressing the recent police deaths of Alton Sterling and Philando Castile and the five police officers gunned down in Texas (this was prior to officer shootings in Louisiana).

These and other events have been played out in the media and across social networks. The video of the police officers being gunned down in Dallas was like a scene from an action movie, except the bullets and blood were real. From protests in the streets to vigils in houses of worship, we see proof that everyone is angry and scared. I know I am – and what scares me most is that nobody seems to have answers as to why this is happening or how it will stop.

Rabbi Nacht told the congregation he was going to deviate from the traditional readings and prayers associated with the Mourner’s Kaddish. Instead, he used a quote from Elie Wiesel – the Holocaust survivor and Nobel Peace Prize laureate who died this month at age 87 – to motivate us to take a stand against violence in America and the accessibility of guns, especially assault weapons. The quote goes:

I felt as though Rabbi Nacht was speaking directly to me. I asked myself: Am I indifferent?

After all, I am concerned about gun control. I am concerned for the police whose own fears and prejudices impair their reactions. I am concerned that people of color are living in fear simply because of the color of their skin. I am concerned about the safety of my family. My son is a college student and both my wife and my daughter teach; when they leave for their schools, I think about the Sandy Hook shootings. When we go to the movies, my family sometimes talks about what to do in an emergency before we discuss whether we want to buy plain or peanut M&Ms.

And despite all my concern, I have done nothing. It is my silence that makes me indifferent.

Rabbi Nacht urged us to make our voices heard by calling, tweeting, Facebooking, and emailing our members of Congress, our senators, and Speaker of the House Paul Ryan. My first thought was, “Will my writing change anything? I’m only one person!” But that’s just an excuse – and it’s indicative of indifference.

The congregation stood and began the Mourner’s Kaddish – “Yit-ga-dal, ve-yit-kadash, shemei-raba….” – to mourn the deaths of our loved ones and those who have nobody to mourn for them. Rabbi Nacht recited the names of Alton Sterling and Philando Castile, and, as a group, the police officers in Dallas – and I resolved not be labeled indifferent ever again.

Take Action: Urge your Member of Congress to support legislation that would improve our background check system on gun sales and prevent gun violence.

Brotherhood Men of the Year 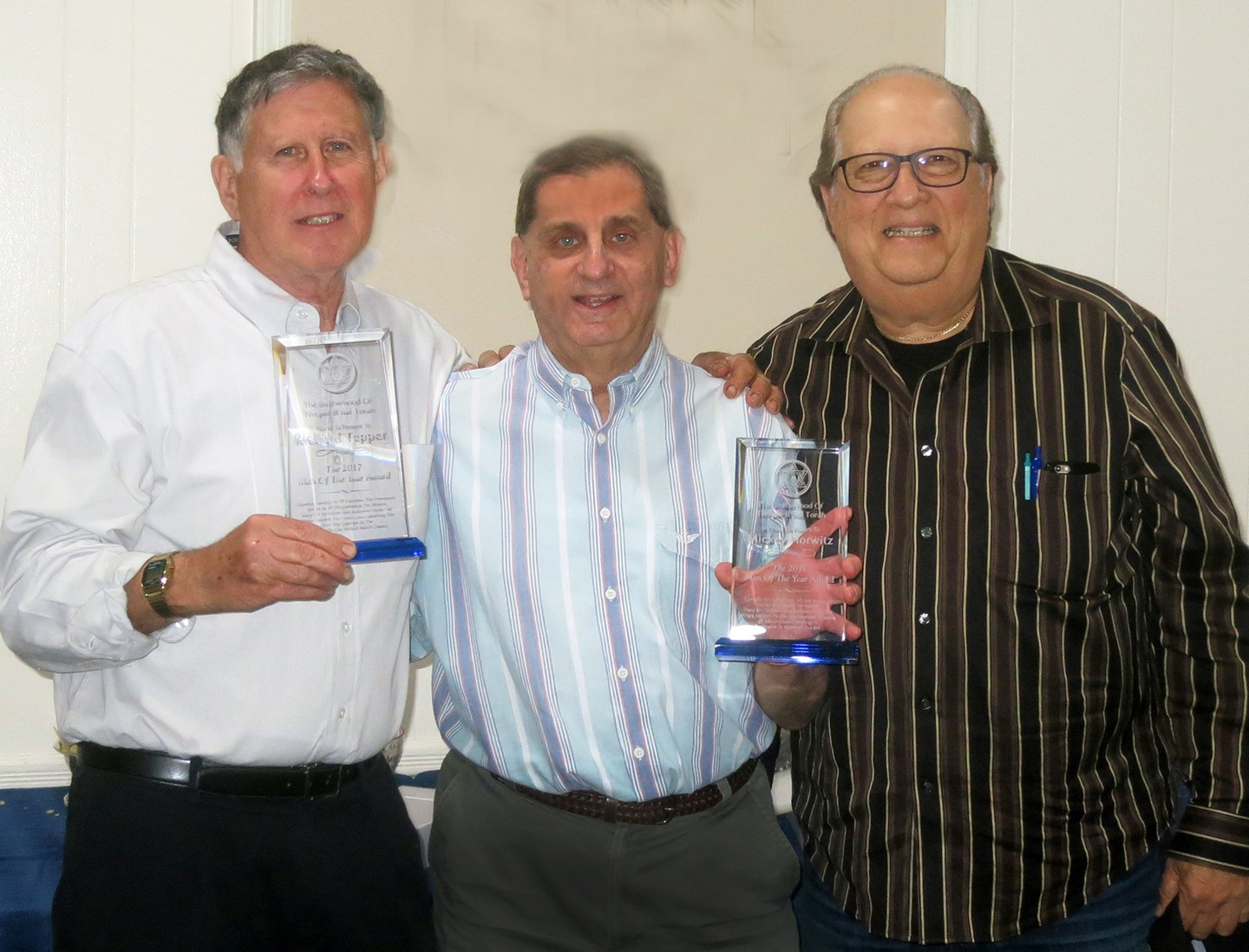 BROTHERHOOD’S  MAN OF THE YEAR WAS PRESENTED

TO MICKEY HORWITZ AND RICHARD TEPPER 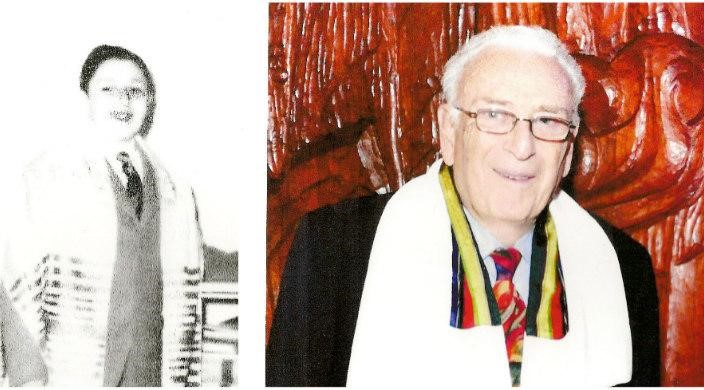 I’ve attended countless bar and bat mitzvah ceremonies throughout the years, including those of family members, my children’s classmates, and adult b’nai mitzvah, for men and women who never had a bar or bat mitzvah growing up.

My daughter and I recently attended the second bar mitzvah of a member of our synagogue who just turned 83 years old. The custom of a second bar mitzvah, which has begun to become popular, is based on the reading of Psalm 90:10, which says that 70 years is the expected lifespan of most humans. Reaching age 70, then, can be considered a new start – and therefore, age 83 would be the equivalent to reaching b’nai mitzvah age again. This is also a great way to keep older congregants involved in synagogue life.

The bar mitzvah fell on a perfect Saturday morning, the sanctuary filled with friends and family. Stan, who had celebrated his 83rd birthday the day before, stepped up to the bimah (pulpit) with a wide and contagious smile not unlike those worn by proud 13-year-old boys celebrating their first bar mitzvah. As the congregation looked on, Stan chanted his Hebrew, delivered his d’var Torah, sang a duet with the cantor, and threw out a few good one-liners. He shared his quick wit, enthusiasm, and anecdotes with us, making it clear that he was having fun – and so was everyone else.

Unlike a first-time bar mitzvah, Stan didn’t give thanks to his parents for schlepping him to and from synagogue; after all, he’s had his driver’s license for more than 60 years! And in this case, we already knew many of the bar mitzvah boy’s many accomplishments – educator, family man, and two-time temple president, to name a few. Rather than brag about all he’s done, though, Stan – who continues to be active on the temple board – talked about his goals for the synagogue. Just like a 13-year-old, he was looking to the future.

In his address, Stan selflessly acknowledged people in attendance, both for their personal accomplishments and for their many contributions to the temple. Although the day should have been all about Stan, he instead made sure it was a day for everyone. How many b’nai mitzvah students get to have their adult daughter chant the aliyah or their wife address the congregation?

The luncheon that followed was a jubilant affair. There was no DJ and while we didn’t lift Stan on a chair, people were moved about, talking to one another, looking at photos on display of Stan though the years, and enjoying a table filled with Smarties, Necco Wafers, candy dots, and taffy. (Grown men were like little boys in a candy store as they headed for that table to collect the sweets.)

As the luncheon came to an end, people said their goodbyes to Stan and handed him envelopes, presumably full of congratulations. It seems some bar mitzvah traditions don’t change, even 70 years later!

Now, my daughter has begun to plan my second bar mitzvah – despite the fact that it’s more than two decades away. In fact, I asked the cantor to look up my Torah portion, and I still have my Haftarah portion booklet, all these years later, complete with all the markings and trope. Inspired by Stan, I’m thinking that I may not wait until I turn 83 to recreate some part of my entry into adulthood, according to Jewish tradition, on an upcoming Friday night.

Sundays at 1PM in the Kiddush Lounge

Led and moderated by Cantor Sher

March 13th:  One  Day You Will Understand

Our banquet hall is able to accommodate up to 300 people!

(Set up in photos for Bar/Bat Mitzvah)

Our smaller party room is able to accommodate up to 70 people.

(Set up in photos for Baby Naming) 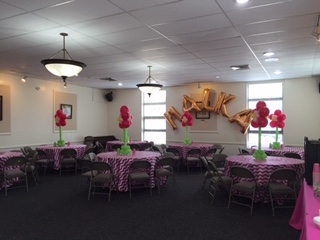 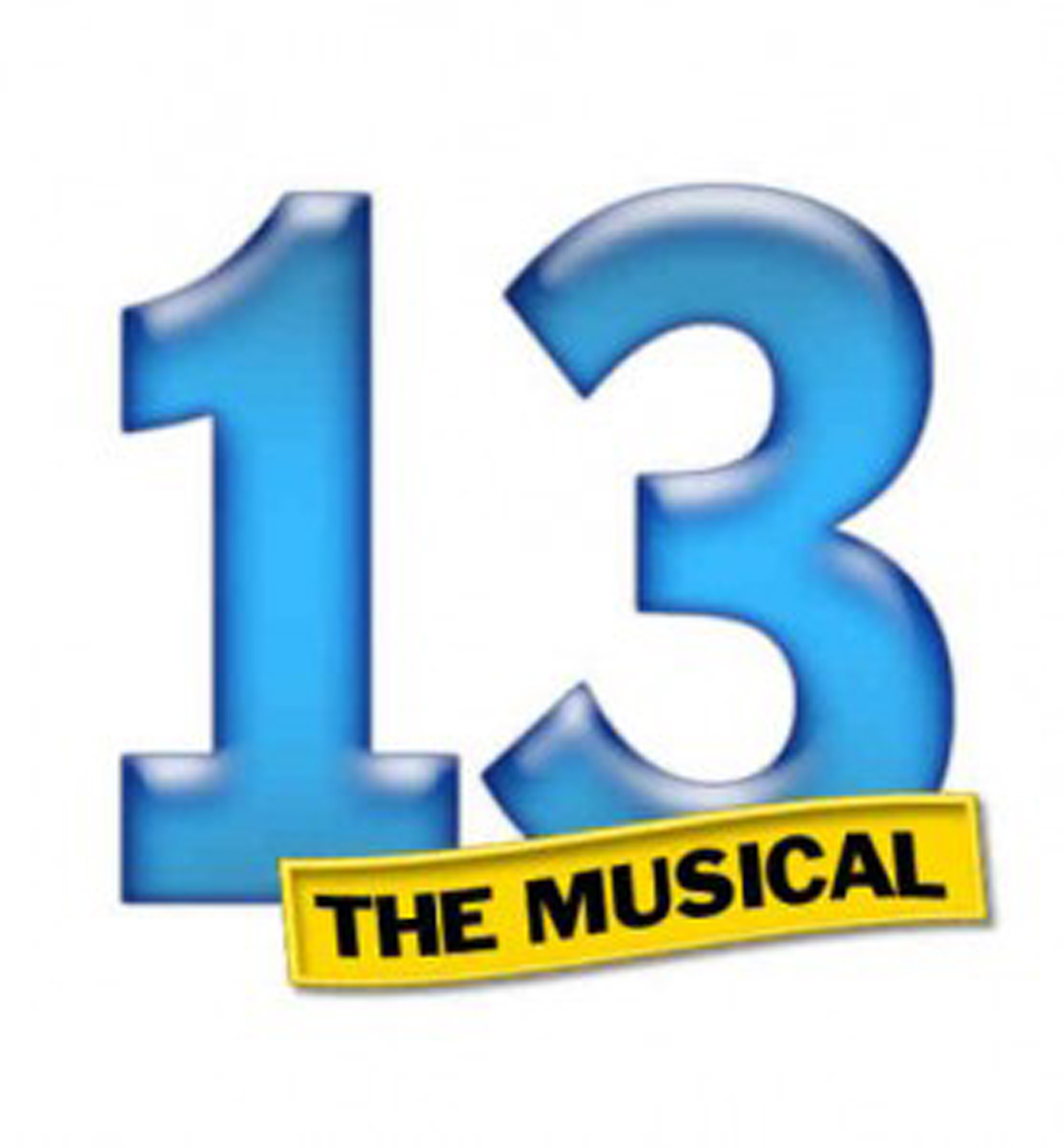 We are asking your support for a valuable theater program on Long Island – TBT Junior Players’ at Temple B’nai Torah.  We are a caring and active group within the community and are well respected by the entire theater community on Long Island. This year we are presenting the entertaining Broadway show, “13, the Musical”.

This year‘s playbill will be the best ever, very professional, with a color cover and wonderful photos inside. It will be printed in 11×17 tabloid format, folded to present the audience with an 8.5 x 11 playbill keepsake. With the support of Temple B‘nai Torah, and our many advertisers, ticket sales will soar. Well over one thousand people will see these ads in our playbill.

With your help, we will be able to continue to bring high quality Community Theater to our area. We wish to thank our past advertisers and our new advertisers fortheir support, and we are looking forward to this relationship.

We say “welcome” and thank you for your support.

TBT Sisterhood’s mission is to connect women with each other through education, spirituality, fundraising, support of Reform Judaism and the creation of lifelong relationships—making our impact on the world stronger, generation to generation. 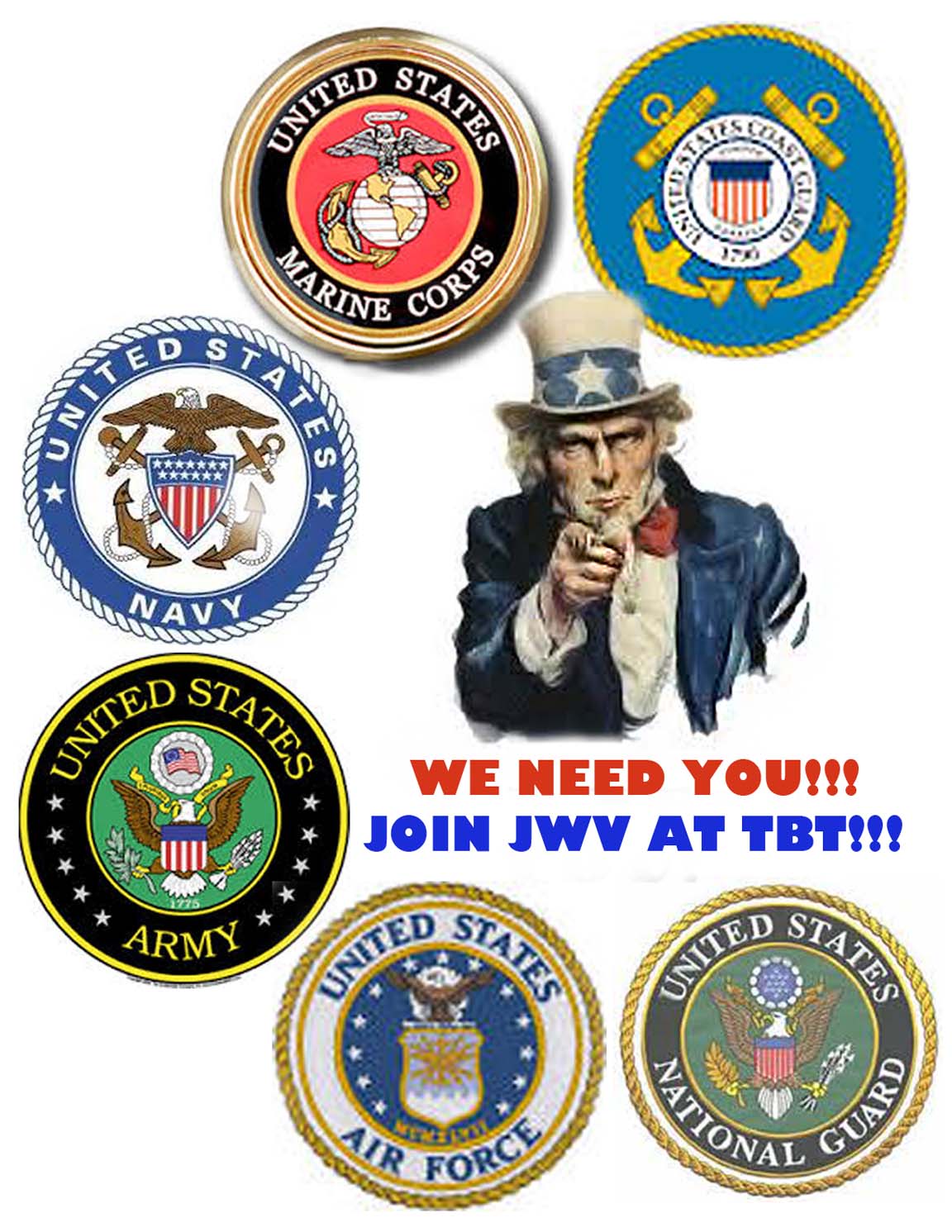 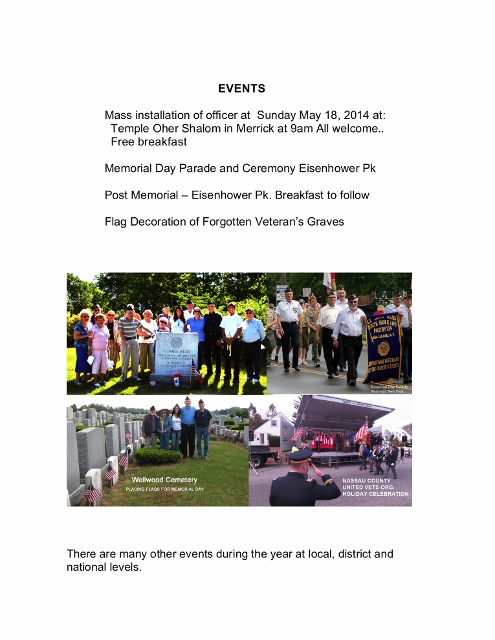 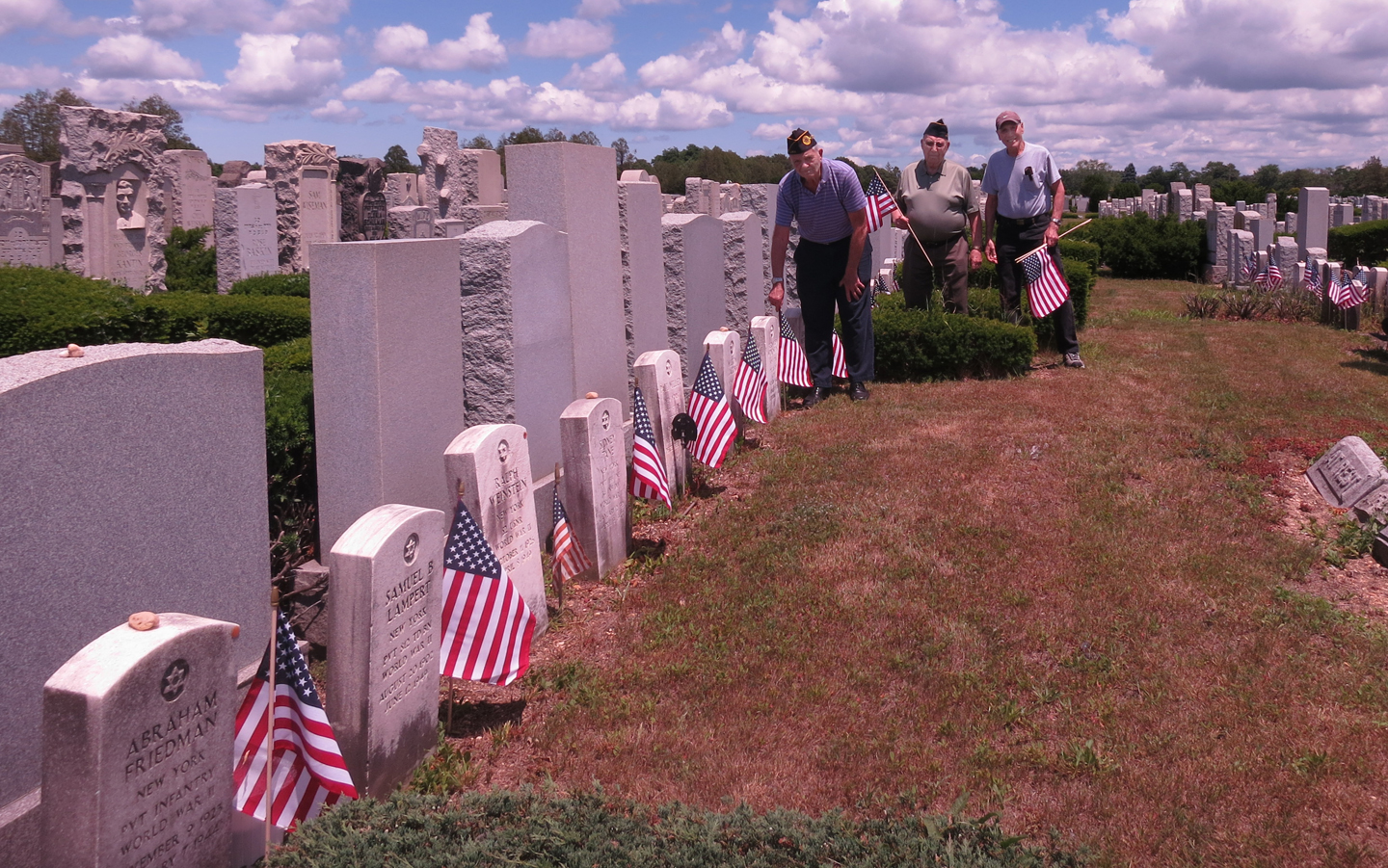 The members of The Jewish War Veterans Lt. Irwin Weiss Post 724 would like to thank you and your staff for providing us with American Flags to be placed on the graves of servicemen who gave their lives in WW2. Today that annual ritual took place at the Wellwood Cemetery. Leonard Honig, our Commander, together with Harvey Albert, Harold Landau and Harvey Drucker honored about 100 of these fallen servicemen. Thank you again for making this possible.