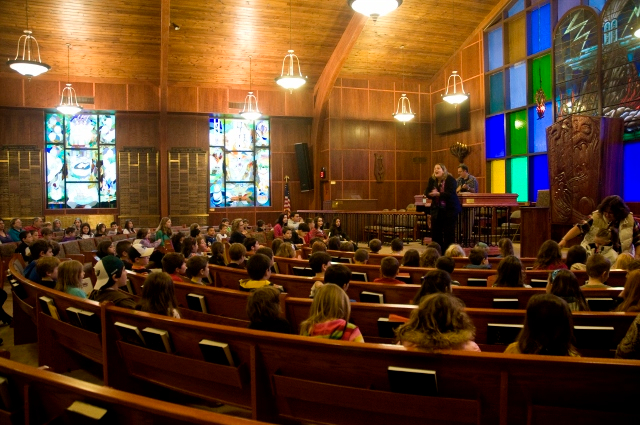 Pesach, known as Passover in English, is a major Jewish spring festival, commemorating the Exodus from Egypt over 3,000 years ago. The ritual observance of this holiday centers around a special home service called the seder (meaning “order”) and a festive meal; the prohibition of chametz (leaven); and the eating of matzah (an unleavened bread). On the fifteenth day of Nisan in the Hebrew calendar, Jews gather with family and friends in the evening to read from a book called the hagaddah, meaning “telling,” which contains the order of prayers, rituals, readings and songs for the Passover seder. Today, the holiday is a celebration of freedom and family. 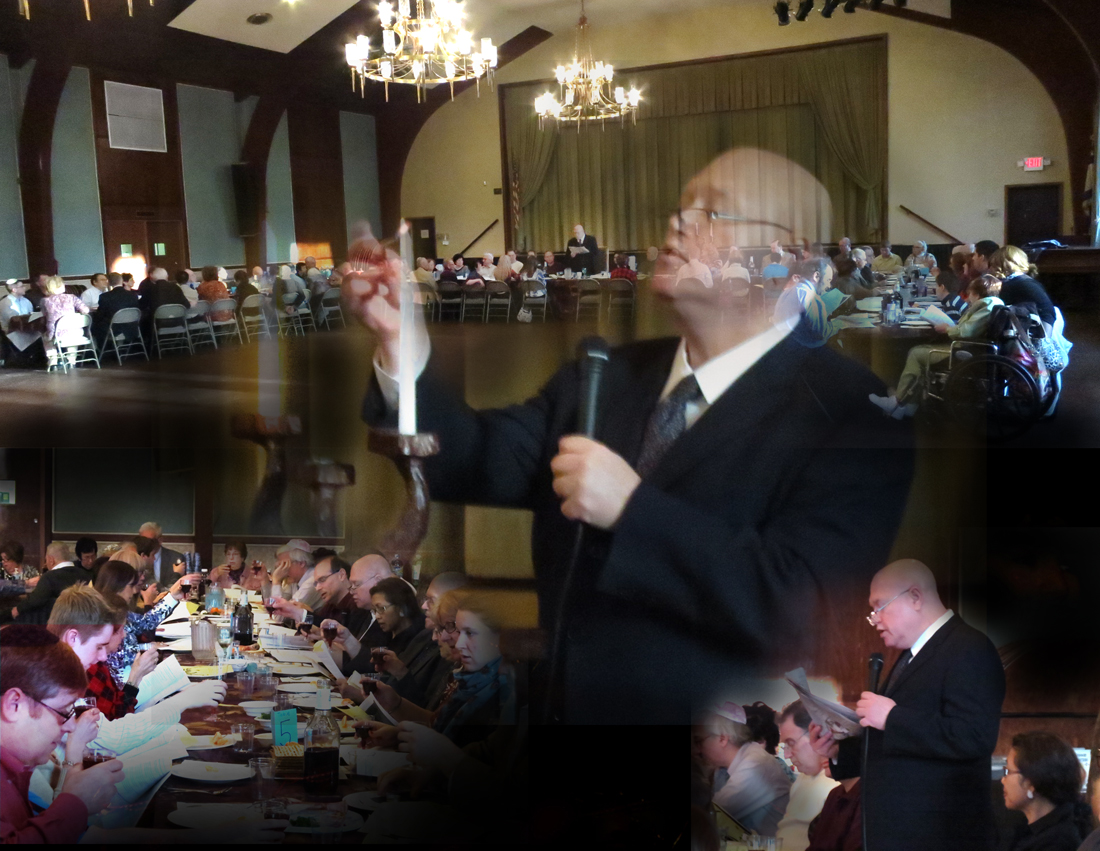 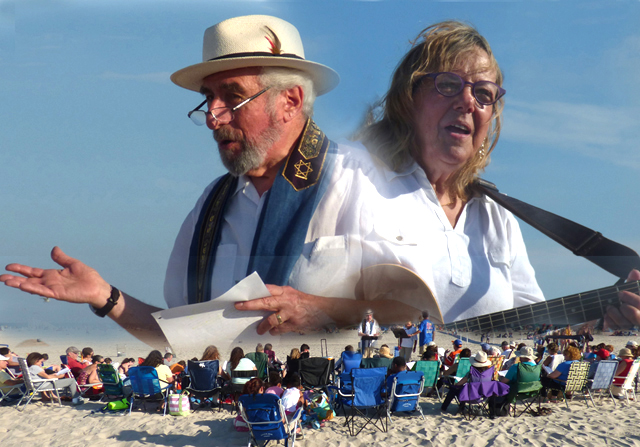 We are blessed at Temple B’nai Torah to be near the ocean. Wantagh, known as the “Gateway to Jones Beach,” affords us an opportunity to hold worship services on the beach. Each summer, we schedule two Erev Shabbat services to be held at Jones Beach State Park. The sun sets, the waves crash, and our voices rise together in prayer. It is truly one of the most spiritual moments of the year for many of our members. Congregants are encouraged to bring blankets, chairs, picnic dinners, friends and family. Dress is informal and comfortable. Rabbi leads a warm, inviting service that is appropriate and meaningful for all ages.

A brand new Shabbat service for the Temple B’nai Torah community! For those who would like to begin Shabbat earlier, this service will be a shortened experience for all ages, encouraging individuals and families to join together for Shabbat dinner afterwards. Join us at 6:00 pm for a “Pre-Neg,” made up of snacks and appetizers before the service.

Come sing, dance, and pray with our clergy and lay leaders at this early-childhood appropriate service. We use stories, instruments, and upbeat melodies to connect with our youngest members. The service is thirty minutes long, and concludes with Kiddush, Hamotzi, and sweet treats!

This is our most traditional service, appropriate for all ages. Worship is led by our clergy, and music ranges from classical reform through contemporary melodies. Guitar and organ are both used, and our Adult Choir often participates. Services include a Torah Service and/or a Sermon.

A fun, inviting service for all! Designed to be most accessible to elementary school and middle school ages, this service often includes student participation, music by our Youth and Teen Choirs, storytelling, and more. Birthday Blessings are also a treasured part of this monthly service led by our clergy.

Purim is celebrated by the reading of the Scroll of Esther

Purim is celebrated by the reading of the Scroll of Esther, known in Hebrew as the Megillat Esther, which relates the basic story of Purim. Under the rule of King Ahashuerus, Haman, the King’s prime minister, plots to exterminate all of the Jews of Persia. His plan is foiled by Queen Esther and her cousin Mordechai, who ultimately save the Jews of the land from destruction. The reading of the megillah is typically a rowdy affair, punctuated by booing and noise-making when Haman’s name is read aloud.

A Purim Spiel is usually a comic dramatization, as a traditional type of Jewish play, or informal theatrical production, with participants wearing costumes that depict the characters in the story in the Book of Esther, the central text and narrative that describes what transpired on Purim and why it has become an important Jewish holiday.

At Temple B’nai Torah, we are fortunate to have many talented congregants who write and perform in our annual Purim Spiel.

Chanukah (alternately spelled Hanukkah), meaning “dedication” in Hebrew, refers to the joyous eight-day celebration during which Jews commemorate the victory of the Maccabees over the armies of Syria in 165 B.C.E. and the subsequent liberation and “rededication” of the Temple in Jerusalem. The modern home celebration of Chanukah centers around the lighting of the chanukiyah, a special menorah for Chanukah; foods prepared in oil including latkes (potato pancakes) and sufganiyot (jelly donuts); and special songs and games.

Sukkot, a Hebrew word meaning “booths” or “huts,” refers to the Jewish festival of giving thanks for the fall harvest.  It also commemorates the 40 years of Jewish wandering in the desert after the giving of the Torah atop Mt. Sinai. Sukkot is celebrated five days after Yom Kippur on the 15th of Tishrei, and is marked by several distinct traditions. One, which takes the commandment to dwell in booths literally, is to erect a sukkah, a small, temporary booth or hut. Sukkot (in this case, the plural of sukkah) are commonly used during the seven-day festival for eating, entertaining and even for sleeping.

Sukkot also called Z’man Simchateinu (Season of Our Rejoicing), is the only festival associated with an explicit commandment to rejoice. A final name for Sukkot is Chag HaAsif, (Festival of the Ingathering), representing a time to give thanks for the bounty of the earth during the fall harvest. 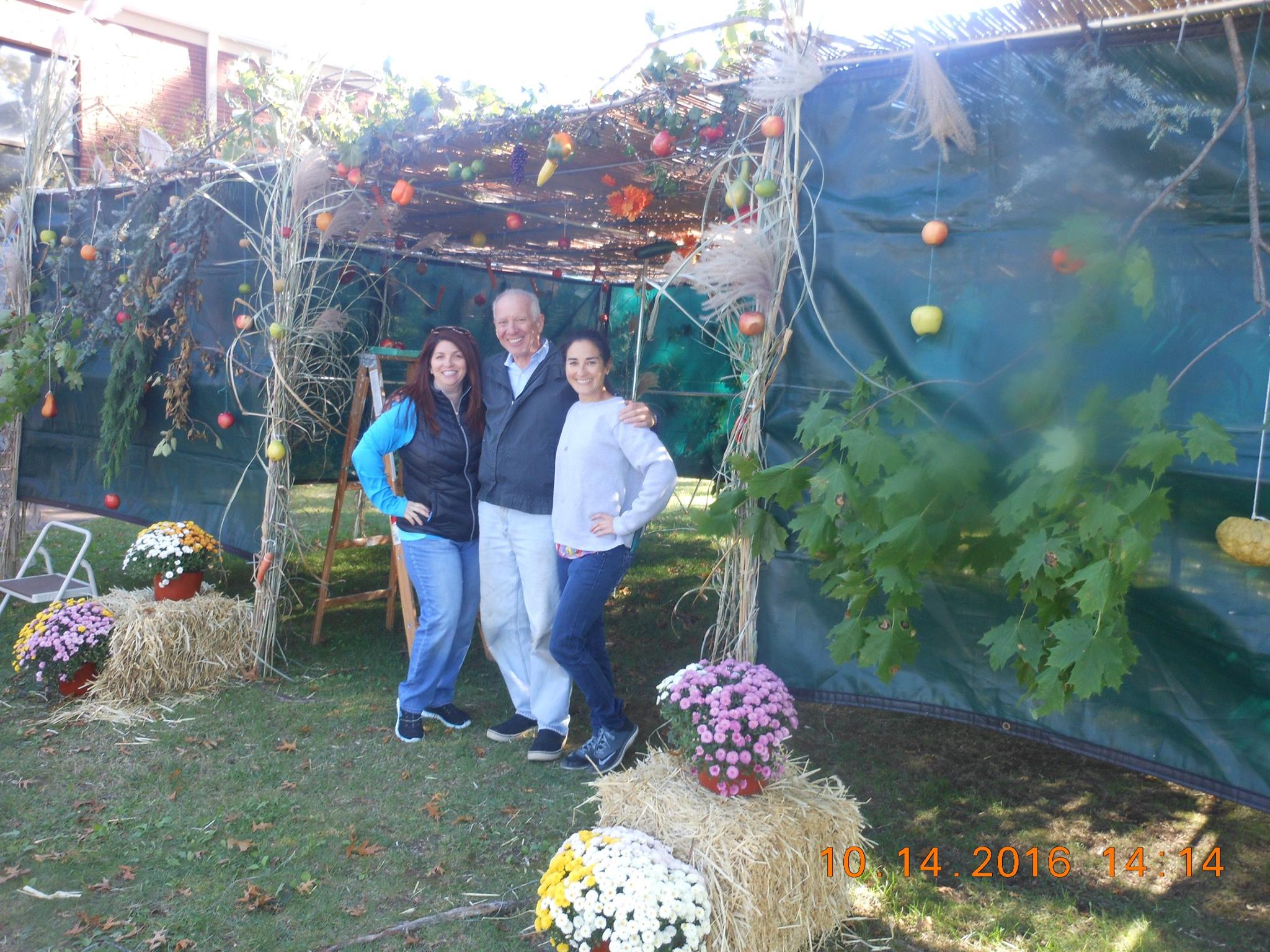 with help from the Hebrew School youth