WHAT ARE THE BENEFITS OF MEMBERSHIP IN THE

Full participation within our community is welcomed and encouraged. There are a number of opportunities for social, spiritual, religious and intellectual growth, as a way to advance personal development and meaningful connections. Just to mention a few of our many ways to get involved: attending services, joining committees and groups, read Torah and Haftorah, Social Action initiatives, food pantry coordination, teaching, joining many of our lectures and discussion groups, attending our Sunday morning Brotherhood homemade breakfasts and more!

History of our legacy congregations: Temple Judea and The Suburban Temple

The 1950s were an awesome period for the Jewish communities on the south east shores of Nassau County. There was a great influx of Jewish folk from Brooklyn, The Bronx and other areas of New York City. Most of the newcomers came from orthodox and conservative backgrounds. Many of them discovered that they preferred something different….and established Reform congregations.

In Wantagh and Massapequa, The Suburban Temple and The Massapequa Jewish Center (changed to Temple Judea in 1970) were created.  Their histories were remarkably alike….

Both temples experienced great growth in the early years. Both Temples had a series of part-time rabbis. In 1958 Rabbi Harold Krantzler and in 1962 Rabbi Robert Raab were installed as the full-time religious leaders of Temple Judea and The Suburban Temple, respectively. At the time of transition, Rabbi  Michael Kramer and Rabbi Jeffrey Gale were the full time religious leaders.

Both temples started building their facilities with great caution, but as the population of the towns grew so did membership and the buildings increased in size. Both temples held High Holy Day Services in tents during their construction periods. Both temples had policies which discouraged the wearing of a tallit or a yarmulke in the Sanctuary. Education and youth were always primary concerns for both Temples. The Religious Schools and Youth Groups were amongst the best on Long Island.

There was always something for everyone who joined the Temples….whether for religious purposes or social reasons.

Brotherhood and Sisterhood were extremely active in fund raising and created exciting, exhilarating and fun-filled events. Over the years, both Temples put on highly professional and extremely successful plays.  “The King and I”, “Guys and Dolls”,  “Pajama Game”,  “Carousel”, “A Majority of One” and “Music Man” are among the most memorable presentations.

During the Seven Day War and the Yom Kippur War, special services were called. A huge turnout from the entire community resulted in a voluntary outpouring of funds to help support Israel. Similar reactions occurred when President John F. Kennedy was assassinated, when Dr. Martin Luther King died and when the Israeli athletes were massacred at the Olympics. Within hours, the Temples were filled to the point of bursting. Congregants always found a home at their respective Temples in times of need.

Music has always been a special delight at both Temples. Judea had Cantor Robert Applestone from 1959 to 1994. His rich voice charmed the congregation and was supported regularly by the Judea Adult Choir.  Cantor Walter Lewis served Suburban for 18 years. Under his able tutelage, the Youth Choir as well as the Adult Choir were established.

In recent years, it became obvious that the Jewish population was decreasing in Nassau County. With seven synagogues in the area, it became more and more difficult to maintain a successful operation. The leadership of The Suburban Temple and Temple Judea met, “hit it off”, and came to realize that it was in the best interest of the Jewish community to combine the two Temples and create a stronger Jewish presence in the area.

And so a new temple was formed….TEMPLE B’NAI TORAH…..a blending of the best of both worlds…Temple Judea and The Suburban Temple.

Blessed are you, Adonai our God, sovereign of all,

for giving us life, for sustaining us, and for enabling us to reach this season. 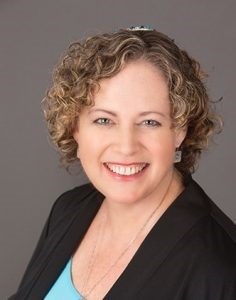 One of the most important gifts we can give ourselves and our children is the knowledge and comfort that we are not alone. Through worship, study and tikkun olam, we affirm our support for each other. This participation and commitment, above all things, has sustained our Jewish heritage for almost 6,000 years.

In true family tradition we envision full participation by every member, where each person can discover a meaningful role. At the same time, we recognize that Judiasm is not “one size fits all”. Given the diversity of our members of various backgrounds and interests, we seek to offer an array of modes of worship, education and activities for each member.

There are many paths to community at Chai. Congregants can choose from a wide range of groups and activities, including: youth groups, Chai young adults, Havurot and Journey Groups, Men’s Club and Sisterhood, as well as synagogue-wide concerts and cultural activities.

To join our family, email our Membership Director.

One of the most important gifts we can give ourselves and our children is the knowledge and comfort that we are not alone. Through worship, study and tikkun olam, we affirm our support for each other. This participation and commitment, above all things, has sustained our Jewish heritage for almost 6,000 years.

In true family tradition we envision full participation by every member, where each person can discover a meaningful role. At the same time, we recognize that Judiasm is not “one size fits all”. Given the diversity of our members of various backgrounds and interests, we seek to offer an array of modes of worship, education and activities for each member.

There are many paths to community at Chai. Congregants can choose from a wide range of groups and activities, including: youth groups, Chai young adults, Havurot and Journey Groups, Men’s Club and Sisterhood, as well as synagogue-wide concerts and cultural activities.

To join our family, email our Membership Director.

How often do you have services?

We have services Erev Shabbat and on Shabbat.

How many members does Temple B’nai Torah  have?

We currently have over 500 families.

What do I get for my membership dues?

Oodles. On top of the regular benefits of membership like High Holy Day tickets, access to summer camps and retreats, congregation dinners and more. Our clergy, staff, and members will be there to support you through life’s challenges and joys. You will also be supporting our synagogue and the great programs we offer. Our members find they get back much more than they pay for.

How do I join Temple B’nai Torah ?

What if I can’t afford membership dues?

We have dues reductions available for anyone who needs it. Contact our Administrator at (516) 221-2370 for more information. No one will be turned away due to their inability to pay.

The mission of the TBT Membership Committee is to retain current members and attract new members while providing an enjoyable, caring and supportive culture.

The Membership Committees is made up of friendly, positive minded people whose primary role is to engage all members by providing opportunities to participate in activities/events, that meet their needs at all levels.  Additionally, the committee evaluates current membership levels, listens to congregant suggestions, formulates ideas, and implements plans to promote our temple both from within TBT and within our community.

Thank you for considering our temple as your temple!  We recognize that prospective members hear about us from a variety of ways: friends, neighbors, URJ, newspaper ads and we realize that you have questions. TBT is made up of families and individuals from a variety of backgrounds and religious observances.

We are happy to answer your specific questions, pair you up with a family/individual that is closely aligned with your circumstances and even arrange for our clergy and/or staff to take you on a tour. Contact our main office at 516-221-2370 to arrange a meeting.

Some of our members find that TBT is their second home.  We offer workshops, a variety of services, trips, religious school, torah study, a beautiful library for adults and another for children, breakfasts, dance, bingo and more. Our community offers friendship, worship, fun events and support during every phase of your life.  Please share your suggestions and let us know what you think!

Want to see what we are up to and join us in making a positive difference?  We are looking for individuals who enjoy networking with people, able to promote the benefits of TBT, and who are looking to preserve the close knit Jewish Community of TBT. We are always looking for committee members of TBT that can bring both their time and enthusiasm to our team.

Our committee meets once a month on a Sunday morning, check the TBT calendar to see our next meeting and stop by to see what we are all about!