Joy and laughter filled the air on a warm Sunday morning inside the walls of Temple B’nai Torah in Wantagh.

Temple congregants, as well as local officials and dignitaries, were there to honor three “matriarchs” — Gail Grossman of East Meadow and Jan Friedman and Rita Hofer of Wantagh.

“Each of these valorous women have given so much to our sacred community,” Rabbi Daniel Bar-Nahum said in an introductory prayer, reminding the congregation of the matriarchs of the Torah: Sarah, Rebecca, Rachel, and Leah. “May this gala allow us to share our gratitude, appreciation and love for these three remarkable women. May this Sunday morning allow us to celebrate with them and their families the hard work and care they have put into our community.”

The honorees were presented with citations from Gov. Andrew Cuomo and State Sen. Kevin Thomas, among other officials. They also received a collection of cards from fellow congregants inside a scripted box, as well as a video of congregants thanking them for their service to the temple and performing a song written for them.

Grossman said that her favorite role at the temple has been fundraising and membership, overseeing fundraising events like Shalach Manos, Mitzvah Makers, Shabbat Shuttle and Family Fun Night. And when it comes to catering such events, you can always find Grossman in the kitchen. She is known for her coleslaw and Italian meals.

“I love this temple, and until my last breath, I will dedicate myself to the Jewish community, which is so important,” Grossman said. “When we first started Temple Emanu-El back in the 1970s, there were 700 families. Now, with three temples combined, we barely hit 500. Please, be an advocate out there. Tell your friends, tell your family, it’s so important to be a member of the Jewish community.”

Friedman, a longtime member, is also a leader of the Sisterhood Board. She joined the congregation in 1963, and has since become known for jumping at the chance to volunteer and help organize. Friedman has taken on many leadership roles, including president of the Sisterhood Board and the Suburban Temple. Also a member of the Ritual Committee, she recruits volunteers to light candles and give speeches to the bar/bat mitzvah children on Friday nights. She is also famous among congregants for making sure that there is no shortage of desserts at temple fundraisers.

“This temple has been our second home for 58 years,” Friedman said. “Our children were brought up here . . . our family is here, our parents were buried from this temple, my grandson was named in this temple. That’s the joy of this place. It’s a family. If you could all keep this building with that in mind, we will be a success. People will come and they will stay, because they need to feel that they belong. That’s what this temple did for me and my family.”

Hofer, another member of the Sisterhood Board, is known for organizing Bingo at the temple. She joined in 1965 and became an active member of the congregation shortly afterward.

Organizing Bingo games isn’t just about calling numbers, because it also involves licensing, bill paying, keeping track of expenses and organizing the schedule for 70 workers. Hofer’s efforts have brought in millions of dollar over the years.

She has also enjoyed making dinners for the first-graders in religious school and for the children’s choir before services. And Hofer is also involved with numerous committees, such as the Reopening Task Force Committee.

Many people have said they want Hofer as their grandmother, though her grandson Andrew Obergh reminded the brunch guests that she is his grandmother, and the best one at that.

“My grandma has always been involved with the temple since I was alive, for 25 years,” Obergh said. “Everyone knows her. Everyone appreciates what she does, and she’s great. Best grandma in the world. Everyone wants my grandma, but no one else can have her.” 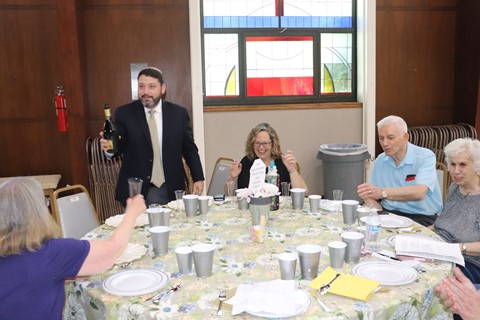 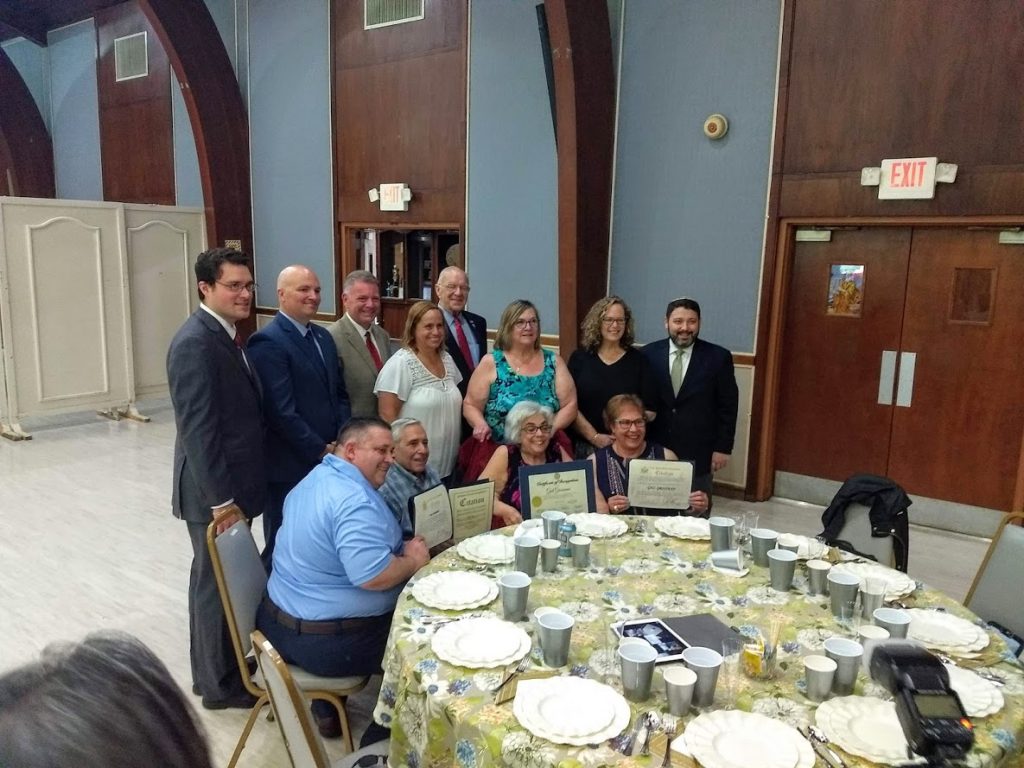 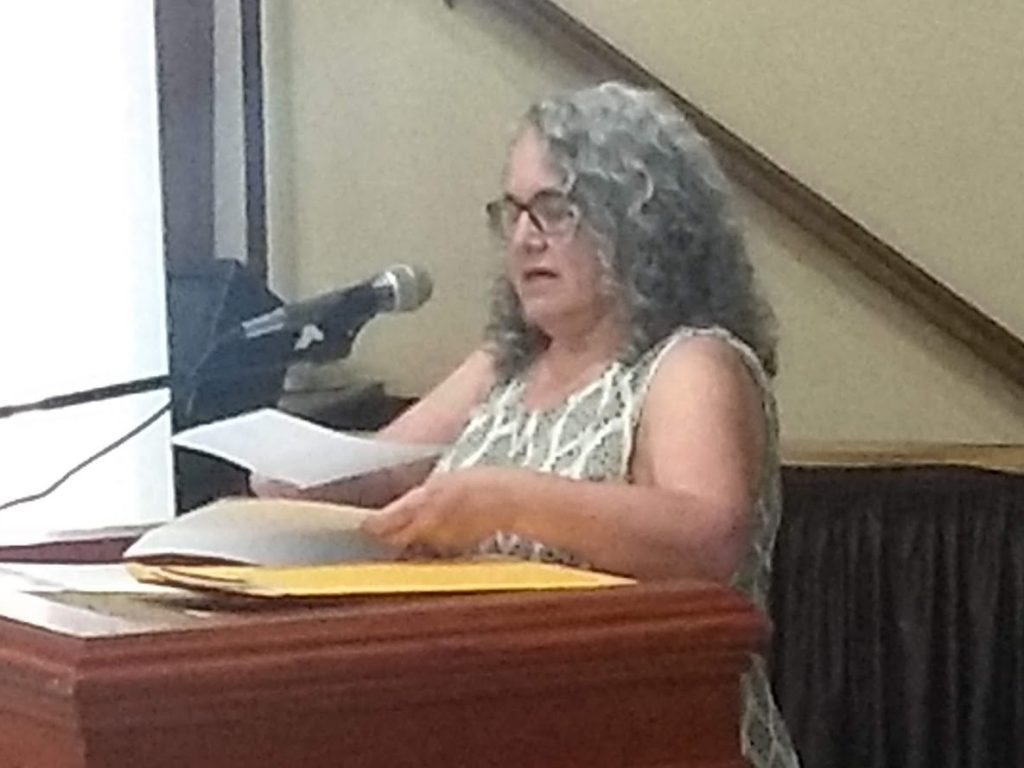 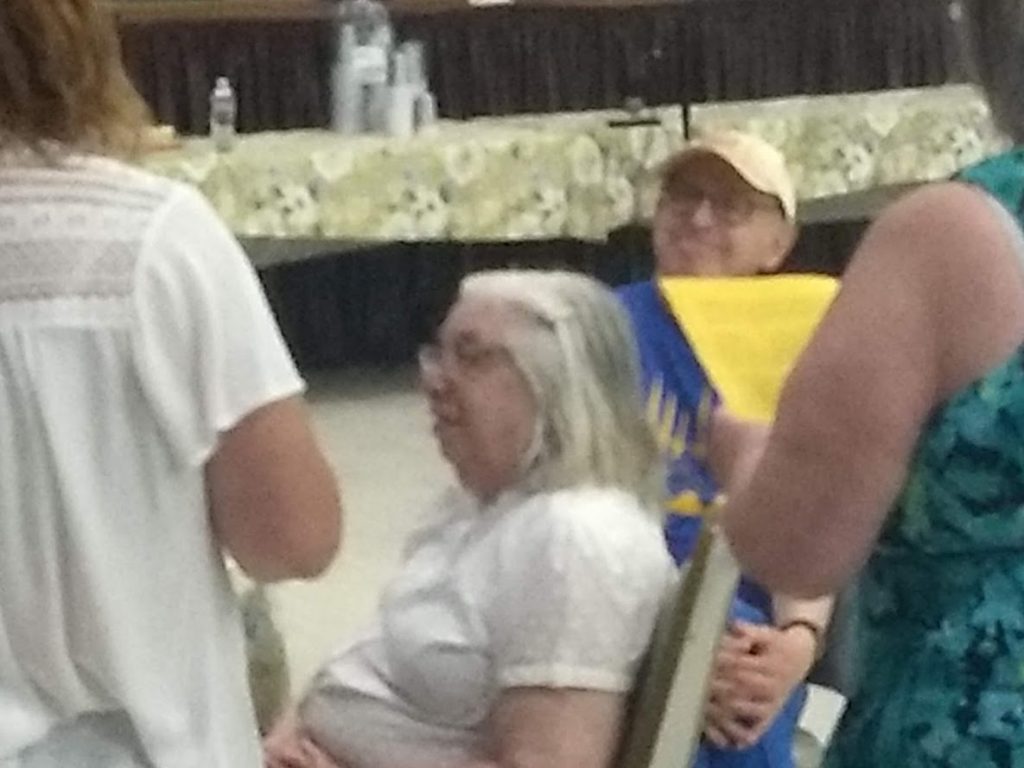 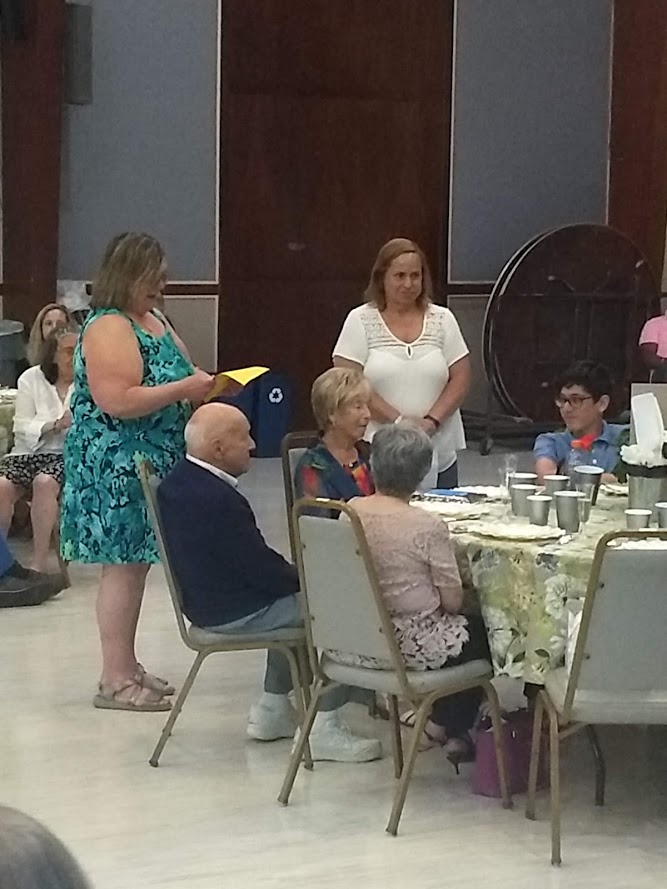 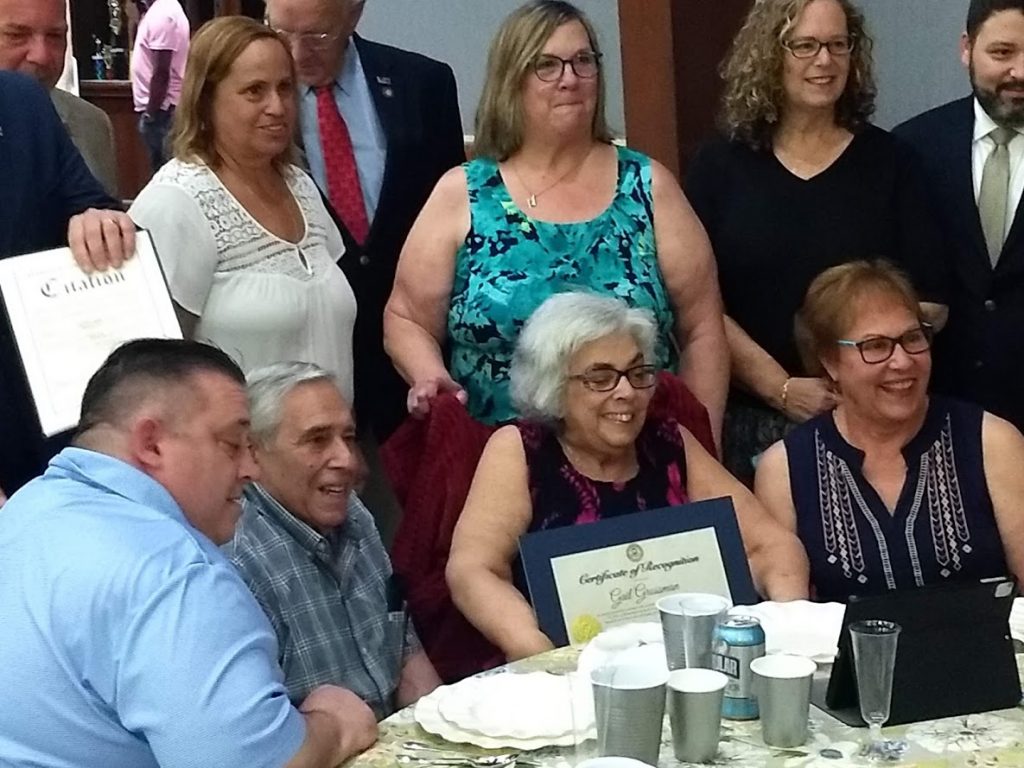 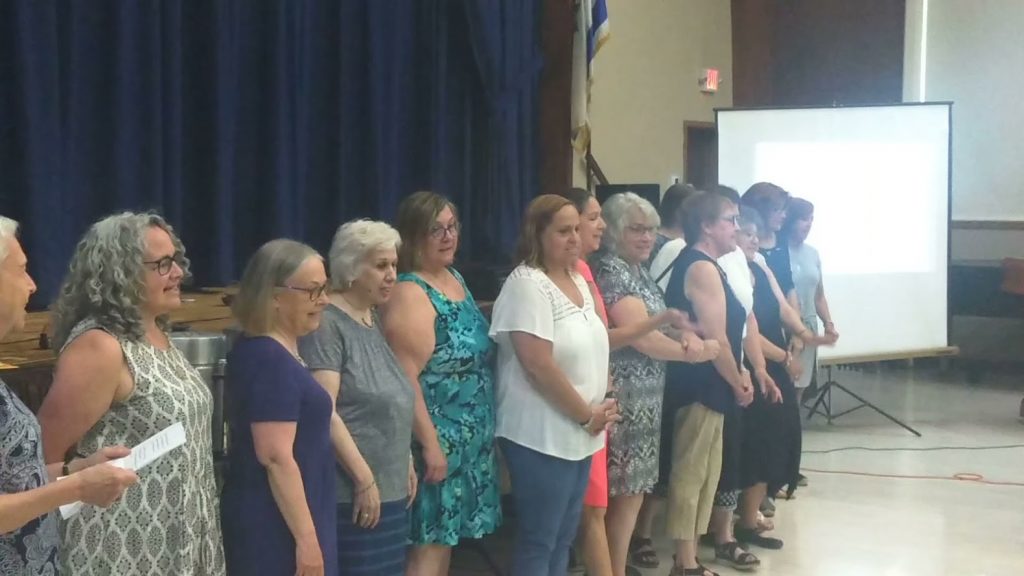 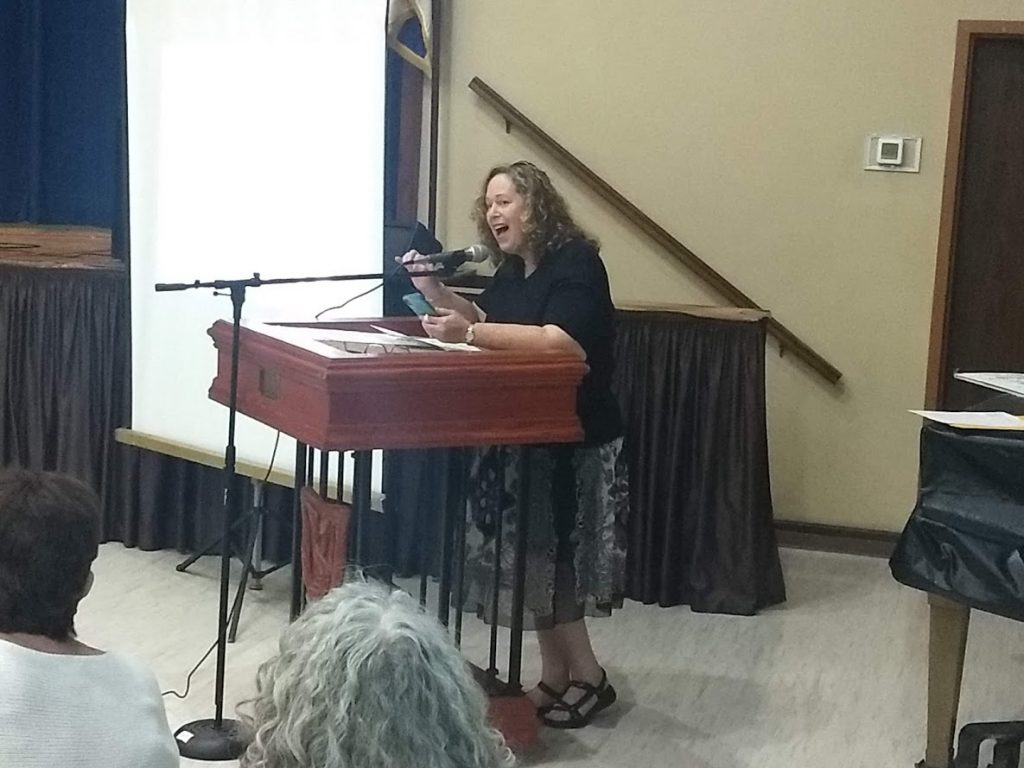